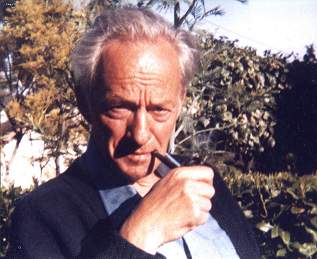 Between 1959 and 1965 Col. Jorgen J. Scheel of Denmark sent out some letters about the science and systematics of killifish to any hobbyist that was interested. Today those letters provide a stunning insight into the what was known about these fish and represented a milestone in information about the then young killifish hobby. The letters went on to become Scheel's famous book: Rivulins of the Old World, which was first book ever written solely about these fish. To this day this book and its successor volume Atlas of Killifish of the Old World are still considered the basis for all old world killifish taxonomy. These works are a result on Scheel's collections in Africa and study of these fish between the end of World War II until the mid 1960s. 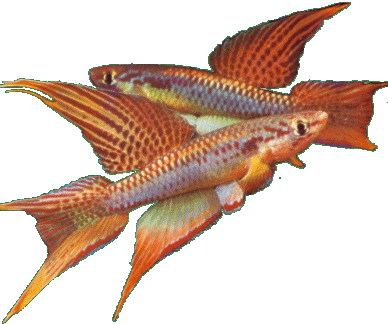 Debate has long raged, in North America at least, for as long as I can remember, as to how the name "Scheel" is pronounced. Does is sound like "Sheele" or is it "Skeel"? I've heard both argued but... neither are correct.

Click here to listen to J.J. Scheel's grandson Morten Scheel explain the correct pronunciation. It's more like an Arabic sounding "She'eel"; there really is no corresponding English vocalization, but "Scheele" is certainly a lot closer than "Sckeel". Here's a video that explains why Danish is such a difficult language to pronounce. 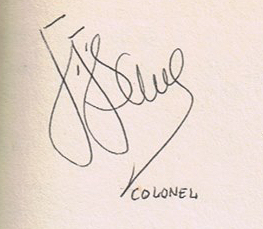 Between 1959 and 1965 Col. J. Joergen Scheel sent out some letters that today provide a stunning insight into the lay of the land in that era and in their day represented a milestone in information about the then young killi hobby.

Special thanks go to Allan Semit and Bill Edwards of the Arizona Killi Keepers for their work in the compilation and formatting of these letters, the Scheel family and especially Morton Scheel, his grandson, for scanning the images, used here, from his grandmothers collection of pictures.

Scheel did not write 56 letters, that's just the way they're broken down here. I'm guessing there were a dozen or two actual letters. The dates are approximate - the letters themselves were not dated (with one exception). The first 26 appear to been written in 1959, while 27-45 appear to have been written in 1960. In that year Scheel announced a greater collaboration with Clausen, and gave reasons why he would be discontinuing the letters. It looks as though he published 46-47 in 1964 and the remainder 48-53 in 1965. A bibliography of Scheel's writings appears in Atlas of Killifish of the Old World.